“The Truth” – Review by Stereo Stickman 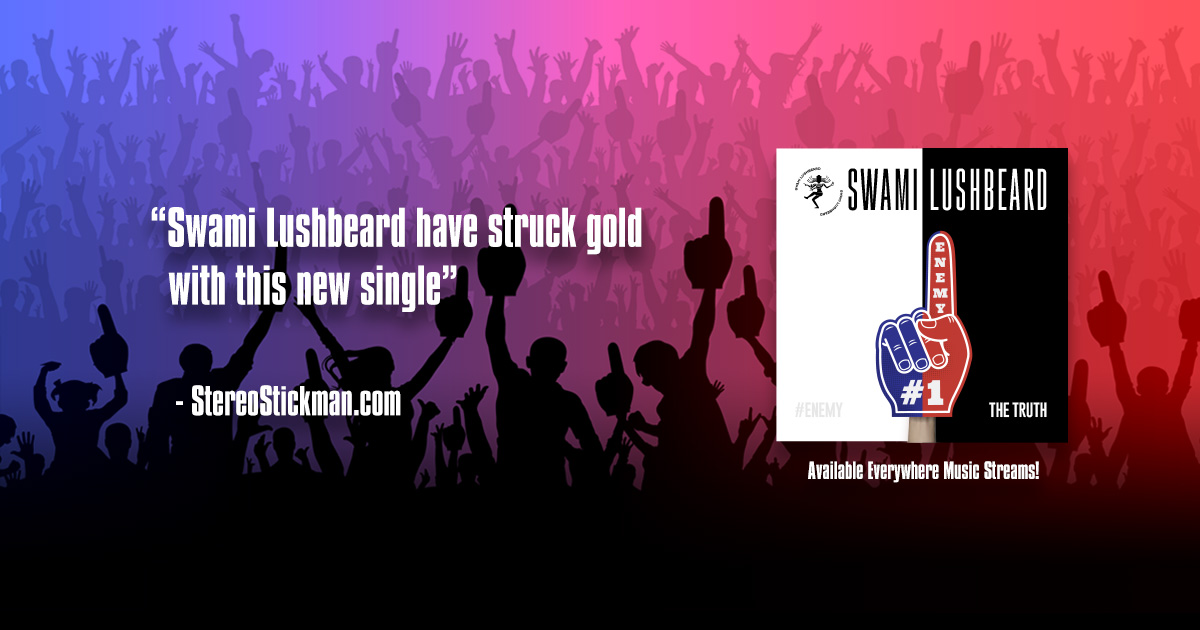 Swami Lushbeard have struck gold with this new single – stylistically, performance-wise, and in terms of the very songwriting and its poignancy right about now.

The Truth is a song that effectively walks the line between melancholic and uplifting. It feels a little Crowded House-like once it finds its groove and the final rhythm and resolve of the hook pour through. Before this though, that inherent creative drive that is the Swami Lushbeard sound calls out loud and clear.

"Such a good song, in fact, that it begs for you to listen again almost immediately. Gorgeously performed."

Featuring beautifully genuine, passionate vocals, the song repeats this concept of the best revenge is… In between these moments, we’re gifted fragments of ideas, references, all intriguing and clearly personal to the singer, but all essentially vague enough to be applied to any and all situations; to humanity in general.

The five-minute release builds up from acoustic guitar and simple synths, through faster finger-picking, a rising warmth and ongoing embrace of nostalgia, deeply poetic, questioning lyrics, towards the ultimate break or outburst that is the song’s instrumental solo section just after the half-way mark.

Here we get changes in rhythm, hypnotic and soulful electric-guitar play, faster chord work, creative expression that’s unpredictable yet beautifully in tune with the underlying emotions of the song. It’s also a huge finish that follows – multiple voices unite to see us through this huge rock outro that feels something like a song of its own. The whole arrangement is stunning, melodically engaging, energising, and powerful in terms of its appeal and draw to seek out a live performance.

Such a good song, in fact, that it begs for you to listen again almost immediately. Gorgeously performed. Throw in the band’s unforgettable name and online image, and this level of songwriting and delivery is on track to really build something special in the coming years.