“The Truth” – Interview with FVMusicBlog 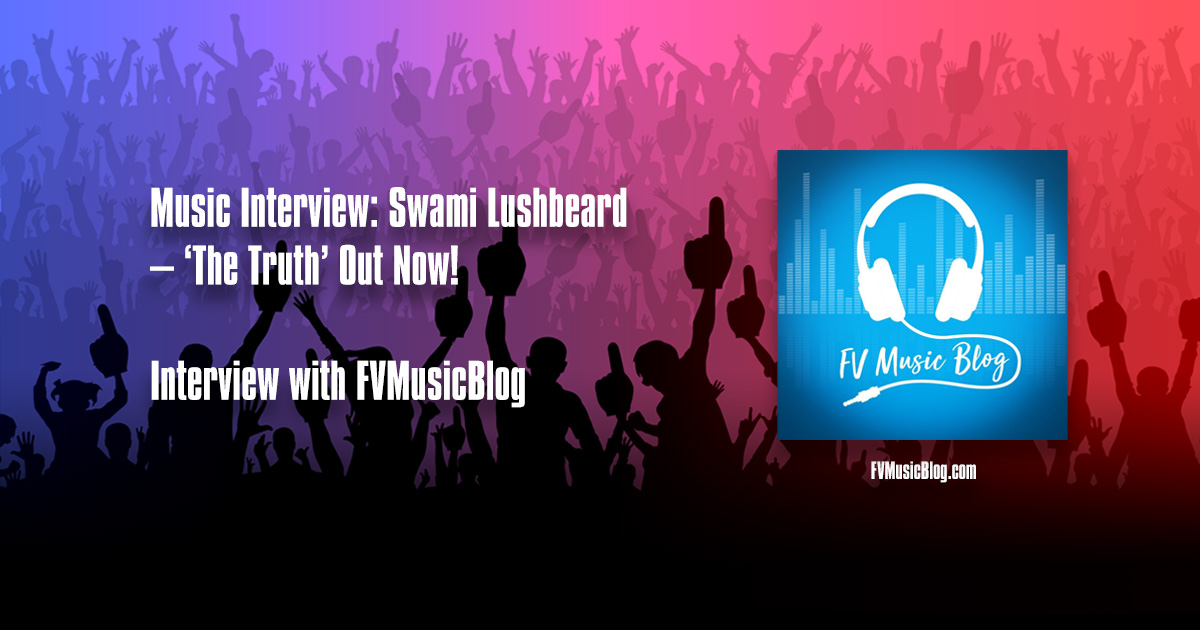 We caught up with guitarist Don, from Los Angeles-based band Swami Lushbeard for a full interview. It follows the release of their superb single ‘The Truth’.

Tell us about yourself

My name is Don. I play guitar and sing in a five-piece rock band from Los Angeles called Swami Lushbeard. That’s right, you heard me say it… a rock band. Although rock music has pretty much been shit on over the last decade, that hasn’t stopped us from swinging for the fences. We’ve been together for a number of years now and the current lineup is definitely the most talented and capable of committing art. Our music reflects our life experiences and we’re ever on the lookout for a few kindred souls.

What is your songwriting process?

I typically have to experience some traumatic event or make a colossal mistake before having the appropriate amount of emotional currency sufficient to form coherent thoughts into song. First, I need a melody though and that’s usually spurred on by an innocent guitar riff or random chord combination. I tend to let things ferment a while and work on basic arrangements before bringing them to the band. Then we’ll kick it around a bit and once a melody presents itself I’ll go off and write the lyrics. When ready, we play it a few thousand times and eventually record it.

Tell us about your latest release?

It’s called “The Truth”. While the subject matter is based on a most intimate dynamic, it’s not hard at all to see how it applies to almost any event happening between people who no longer agree to disagree. Everyone seems so set in their ways and opinions these days, it’s no wonder we don’t learn anything. The saddest part of this is when you see that really this divide has been there all our lives. This is probably one of the most straight forward numbers we play, but I believe it gives everyone in the band a chance to shine. My favorite thing about performing “The Truth” is the four-part harmonies in the chorus. That makes for such a bold statement no matter how you slice it. “The Truth” is the second single from our upcoming Ep, #Enemy.

What message do you think your music conveys to your fans?

That someone out there cares about the craft of songwriting. And…. well, that they’re not alone. That it’s okay to have feelings about things you don’t know what to do with.

Who are your musical influences?

It has varied over the years, but it’s typically some combination of The Beatles, Led Zeppelin and Radiohead.

Who are your non-musical influences?

It has varied over the years, but it’s typically some combination of The Beatles, Led Zeppelin and Radiohead. See what I did there?

What’s the best gig that you have ever played?

That’s a difficult choice, but I’ll go with opening up for Geoff Tate (former vocalist of Queensrÿche) at “The Rose” in Pasadena, Ca. We received as close to first class treatment as you can get from the headliner down to the crew and the staff.

What do you think are the biggest obstacles for bands/artists today?

Well, besides the whole pandemic thing and not being able to play live anywhere… I’d have to say it’s standing out in the endless sea of music found on the internet. If anything, it seems those that do break through, get there much quicker with quantity over quality. I mean, everyday people get famous for perpetually eeking out content and showing up in someone else’s feed on a regular basis. If you know anything about our songwriting process (see above), it’s easy to see we’re not writing and releasing material every week. So, where there’s a significant amount of time between releases and no tour in between… you got to get busy generating new content and creating something people want to share. I realize this is no easy task, but if it were easy everyone would be doing it. Wait… everyone is doing it, right?

What advice would you give to other bands/artists starting out?

Be afraid. Be very afraid. All kidding aside, if this is what you love to do then do it no matter what. Work as hard as you can to write the songs you want the world to hear.

What are your hopes for the next two years?

At this point the future isn’t what it used to be. So, with that in mind I’d settle for saying hello to a whole new group of fans and friends and saying goodbye to a pandemic, a president and all the other bullshit that goes along with it.