“The Truth” – Review by The Static Dive 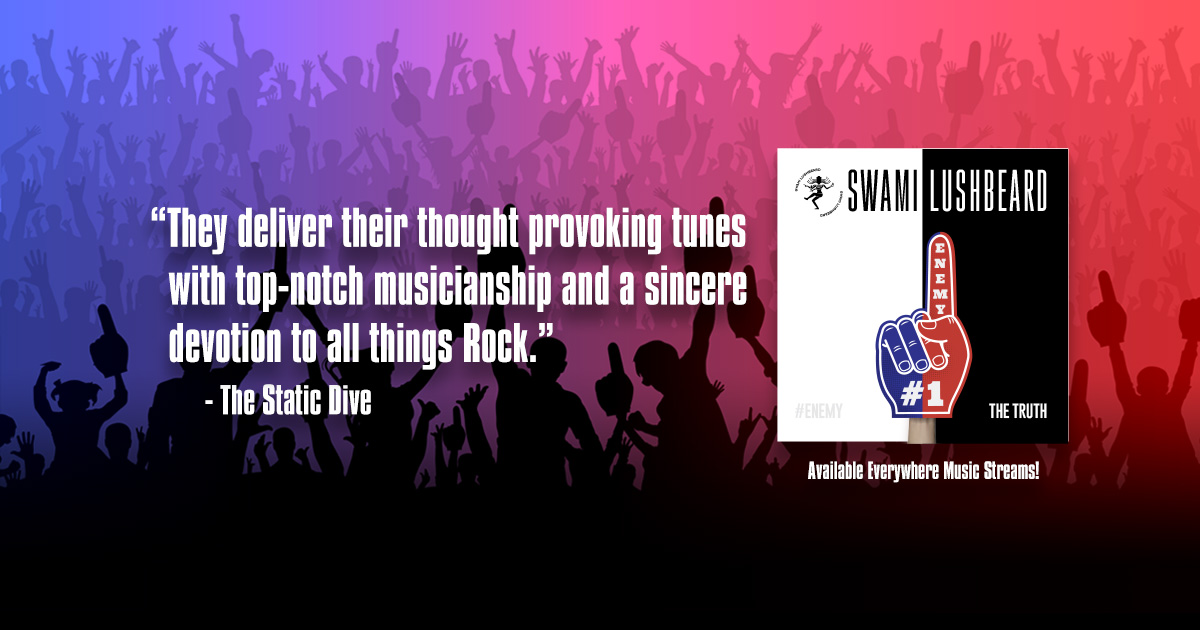 Review by Bob Smith at The Static Dive

Swami Lushbeard has been a staple of the Los Angeles, California music scene for years. The Progressive Rock act is as well known for high energy live shows as they are for their deep catalog of critically acclaimed original music. Their sound is equally influenced by Classic and Modern/Alternative Rock. They deliver their thought provoking tunes with top-notch musicianship and a sincere devotion to all things Rock.

Regular readers of The Static Dive are familiar with the band. Their politically charged song #Enemy appeared here back in April. That track was a high energy bit of clever social commentary. Swami Lushbeard’s latest single is the richly layered and nuanced, “The Truth.” Whereas “#Enemy” looked upon our modern socio-political world as an objective observer, “The Truth” is a view of unhealthy interpersonal relationships from a deeply personal perspective.

Lead guitarist and vocalist Don Sprouls and keyboardist M@ Sachs open the tune with a smooth finger-picked acoustic guitar and organ intro. The sound immediately hints at Swami Lushbeard’s Classic Rock roots with a Kansas-esque vibe. They continue that mood as Sprouls’ emotional vocals are met by Ian Michaels on drums and Darren Scholtz on bass, providing a tight Rush-inspired groove. The sound builds in intensity as the song progresses, accented by a slick guitar solo in the bridge and lush multi-part harmonies throughout, courtesy of singer Greg Safel.

"They deliver their thought provoking tunes with top-notch musicianship and a sincere devotion to all things Rock."

Lyrically, Sprouls addresses an unnamed antagonist from a first person perspective. He could be talking to a lover, a family member or some oppressive authority. The details are not important. The real message is the commonality we all share in persevering through similar oppression. He defiantly stands up and finds the strength to walk away as he realizes, “The best revenge is to keep on living.”

Check out Swami Lushbeard on the Deep Indie Dive playlist. With a reinvigorated lineup they are set to release a brand new EP in the coming months. Follow the links below to connect with the band and stay in the loop.