Swami Lushbeard “All About You” – review by The Static Dive 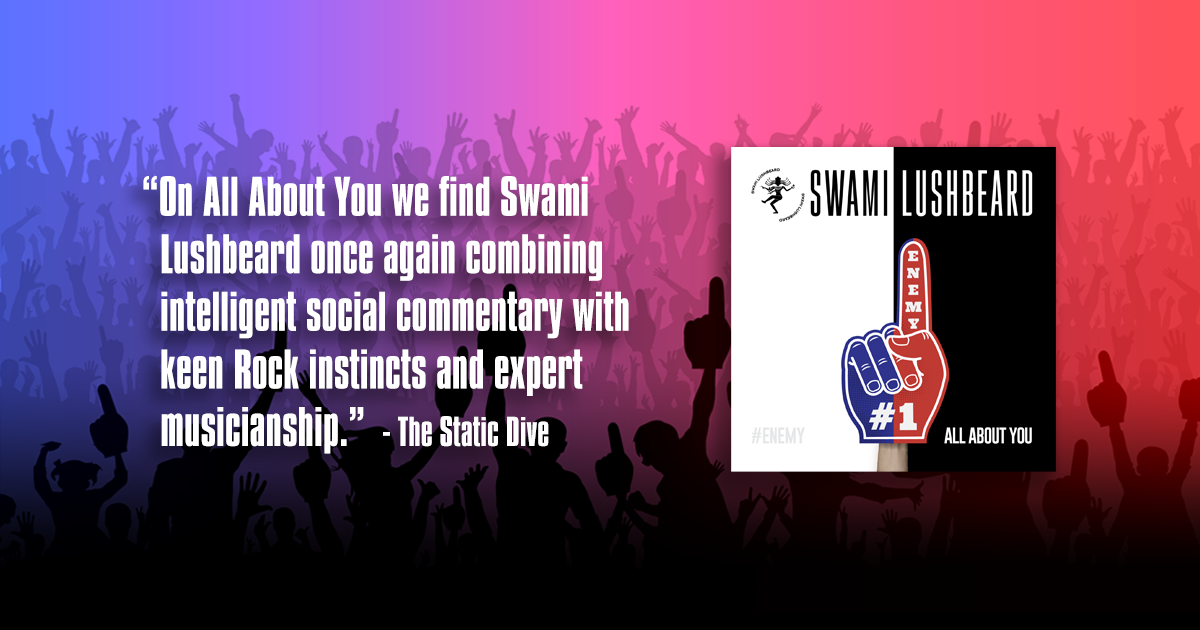 Los Angeles band Swami Lushbeard has been making smart, hard-hitting and thought provoking Alternative Rock & Roll for a long time. However, in 2020 they are on fire. By their own admission, the five-piece band has dropped the best music of their career this year. With the release of their latest single “All About You.” they continue the streak.

The string of successes which started in April with their socially conscious comeback single “Enemy.” That song explored the combative nature of our current political climate. In August they followed up with the musically layered and lyrically complex “The Truth.” In each case the band’s sound was informed and influenced by decades of Rock, from the 1960’s to the present day.

On “All About You” we find Swami Lushbeard once again combining intelligent social commentary with keen Rock instincts and expert musicianship. The song examines the self-absorbed nature of our culture’s social media and fake news obsessions. The cutting critique is delivered with intense lead vocals and a rich use of harmonies throughout the track.

Musically the song starts with the low rumble of a 90’s inspired Grunge Rock groove. As the track progresses the arrangement grows increasingly more sophisticated. By the time “All About You” reaches the bridge it has grown into a smart Progressive Rock mix. A cool and jazzy ascending piano run leads into a classic analog synth solo. The keys in turn morph into a ripping, arena-worthy guitar solo.

You can hear “All About You” on the Deep Indie Dive playlist. And follow the links below to connect with Swami Lushbeard. Stay in the loop on all of their current and future releases, including a brand new upcoming EP.