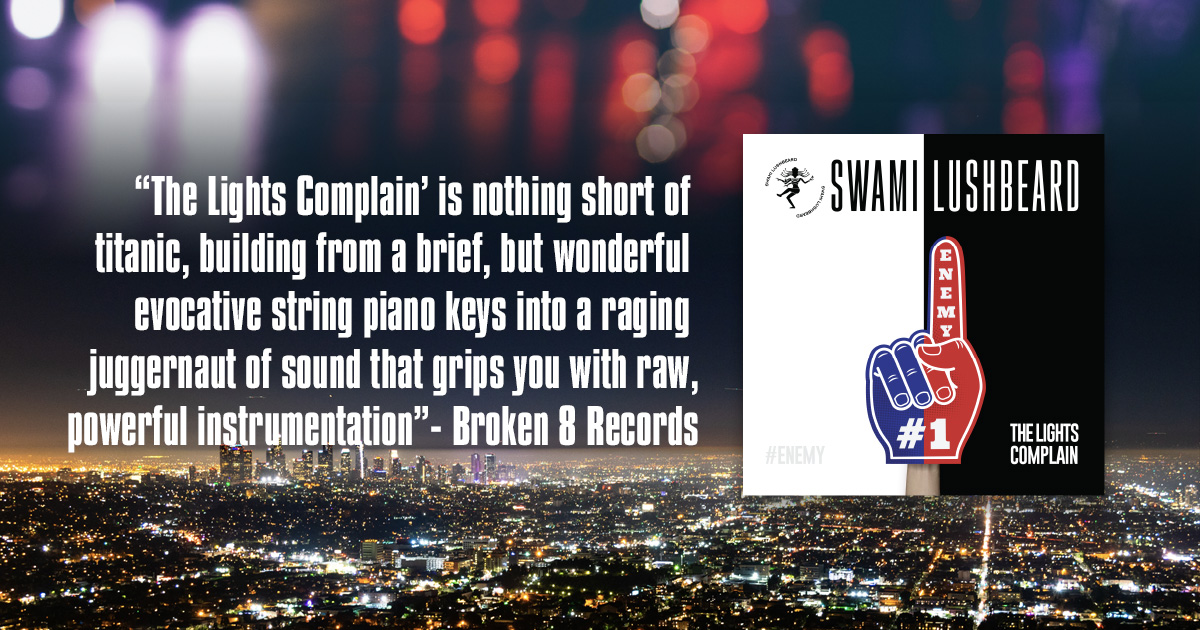 There are some band names you just never forget. Cage the Elephant is one, Tropical Fuck Storm another, but Swami Lushbeard, well that’s just something else entirely. A band who first appeared on our radar with the release of ‘All About You’ back in January, Swami Lushbeard never really left our mind, and so news of a new single came as a very welcome surprise.

While their previous singles sent shockwaves through speakers all across the world, it’s ‘The Lights Complain’ that really makes its mark, shining with a revitalized and refreshed sound that sees the band fearlessly exploring new twists and turns on their raucous style and scathing lyricism. A massive indictment of self-centred adulation, the new single is a brash and wonderfully raw reflection of our society, taking aim at the grim state of modern culture, and all the self-involved, woefully ignorant people that keep it rolling.

Exploding with personality from the very first note, ‘The Lights Complain’ is nothing short of titanic, building from a brief, but wonderful evocative string piano keys into a raging juggernaut of sound that grips you with raw, powerful instrumentation and some of Swami Lushbeard’s most intense vocals to date. Lyrically, it’s an unyielding storm of clever wordplay and damning lines, but musically, they’ve tapped into something even more pervasive, creating a riotous sound through silky, rolling basslines, thunderous percussion, and crushing, catchy guitar riffs that echo with years of indie-rock brilliance. 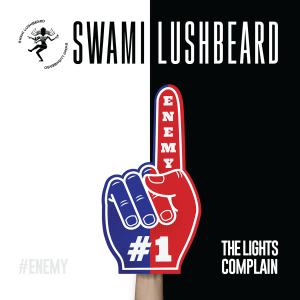 "‘The Lights Complain’ is nothing short of titanic, building from a brief, but wonderful evocative string piano keys into a raging juggernaut of sound that grips you with raw, powerful instrumentation"

For all its power and aggression, you can’t deny that ‘The Lights Complain’ is one of the band’s most balanced and completed releases to date, and while it sparks with raw, untempered angst in every note, the more poetic side to the track levels it well, blending poignancy and vibrancy into a wonderfully accessible and infinitely impressive single.

Available now on all major platforms, including Soundcloud, Bandcamp and Apple Music, ‘The Lights Complain’ is the tumultuous sound of Swami Lushbeard forging ahead and cementing themselves as one of 2021’s biggest new bands.
Score: 9/10