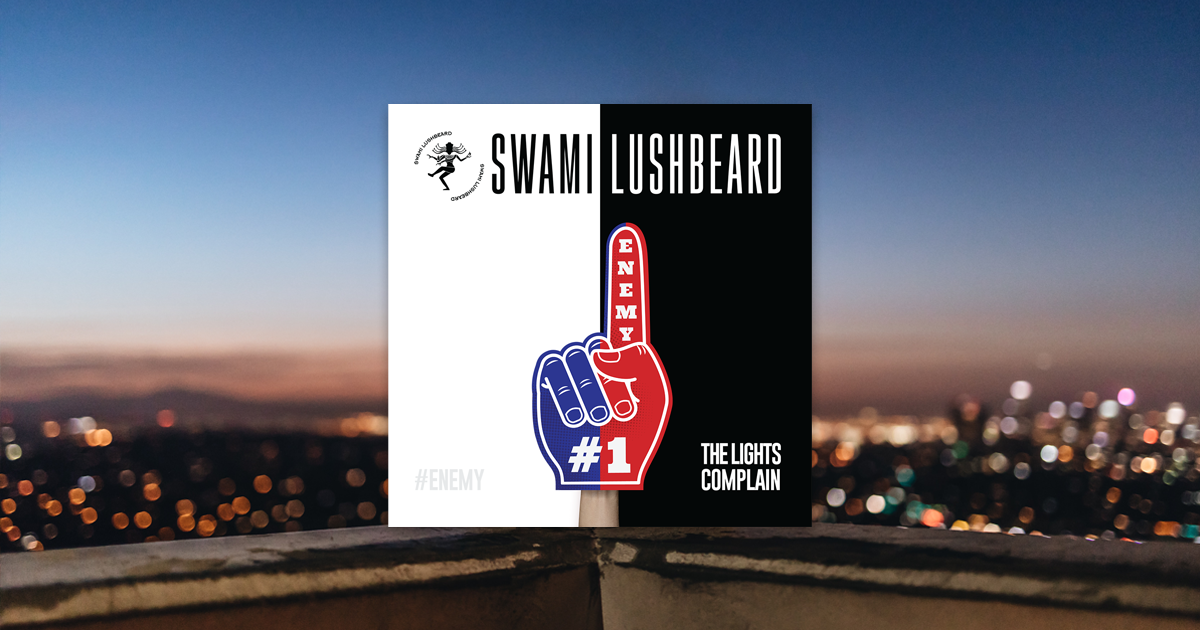 With the spotlight shining brighter on them than ever before throughout last year as they pumped out a series of verifiably scorching hot new songs including “#Enemy,” “All About You,” & “The Truth” through the online realm – Swami Lushbeard sent shockwaves through speakers & stereo systems on their way straight up to the top of the charts.  Revitalized & refreshed – the L.A.-based band not only enjoyed the success of a truly groundbreaking year in their career & catalog, but the exciting & notable new twists on their style, sound, & lyricism brought an entire new legion of fans to their music as they surged with intensity and creativity to incredible heights, establishing a massive impact through genuine substance.

In 2021, Swami Lushbeard will take their legacy even further.

Through their wildly insightful new single “The Lights Complain,” Swami Lushbeard generates a scathing indictment of self-centered adulation that reflects our society as directly and unapologetically as it gets.  Set adrift while wandering the late-night city streets, Swami Lushbeard takes you into the grim world of current-day culture so deeply self-involved that even the lamps overhead are shining just for the people below, illuminating an ignorance & comfort that runs far too rampantly & spreads faster than COVID-19.  Infused with the cleverly interpretive lyricism, powerfully gripping instrumentation & intense vocals that Swami Lushbeard have built their reputation on since they first began – fans and critics alike have been ranting & raving about their latest material and the refinement of their sound.  Their latest single “The Lights Complain” assures their streak of victories is set to continue loud & proud with another serious dose of their all-star level talent, spectacularly vivid themes, & radiant musicianship – Swami Lushbeard is set to heat up 2021 to a riotous inferno with their new cut – buy the ticket & take the ride this April!