Swami Lushbeard Finds The Enemy Within – a Static Dive Review 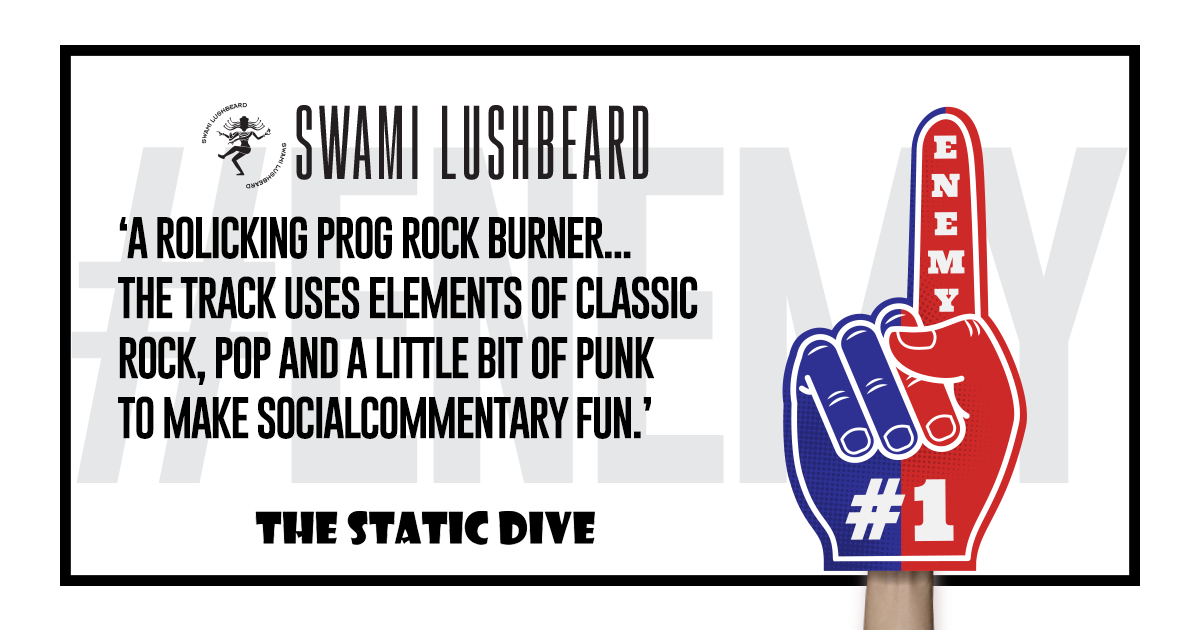 LA-based band Swami Lushbeard is dropping a bit of social science. With their new single “#Enemy,” the band is turning a mirror on our modern world. The song examines our collective penchant for pitting ourselves against one another. Anyone that’s been on the internet… ever, will be familiar with the sentiments of the protagonist as he sings, “I need an enemy to prove I’m strong.”

Social discourse in the early twentieth century has devolved into an infinite series of us-vs-them flame wars. #Enemy shines a light on the ridiculousness of that reality, by playing along.

The band’s official press release for the song states, “Whether the “#Enemy” is coming from the left or the right of an icy political divide designed to break the spirit of humanity, or the #Enemy represents silent killers like the Coronavirus epidemic, this wild & exciting new ride from Swami Lushbeard will have you questioning who the heroes are just as much as the villains…and leave you to wonder if perhaps the “#Enemy” they’re singing about, might even be you.”

The band’s message in this case is delivered via a rolicking Prog Rock burner. They attack the song with syncopated guitar riffs, multi-part vocal harmonies, and a full tilt bar-band ensemble. The track uses elements of Classic Rock, Pop and a little bit of Punk to make social commentary fun. This is obviously a band that has put in their time on LA stages. Each player is at the top of his game and the group hits the mark on every off-time break and crazy fill. Nice stuff.

“#Enemy” is the lead-off single from Swami Lushbeard’s forthcoming EP, due later this year. Follow the links below to connect with the band and stay in the know for all of their current and future projects. And Listen to “#Enemy” on the Deep Indie Dive playlist.

Written by Bob Smith – Originally posted on The Static Dive