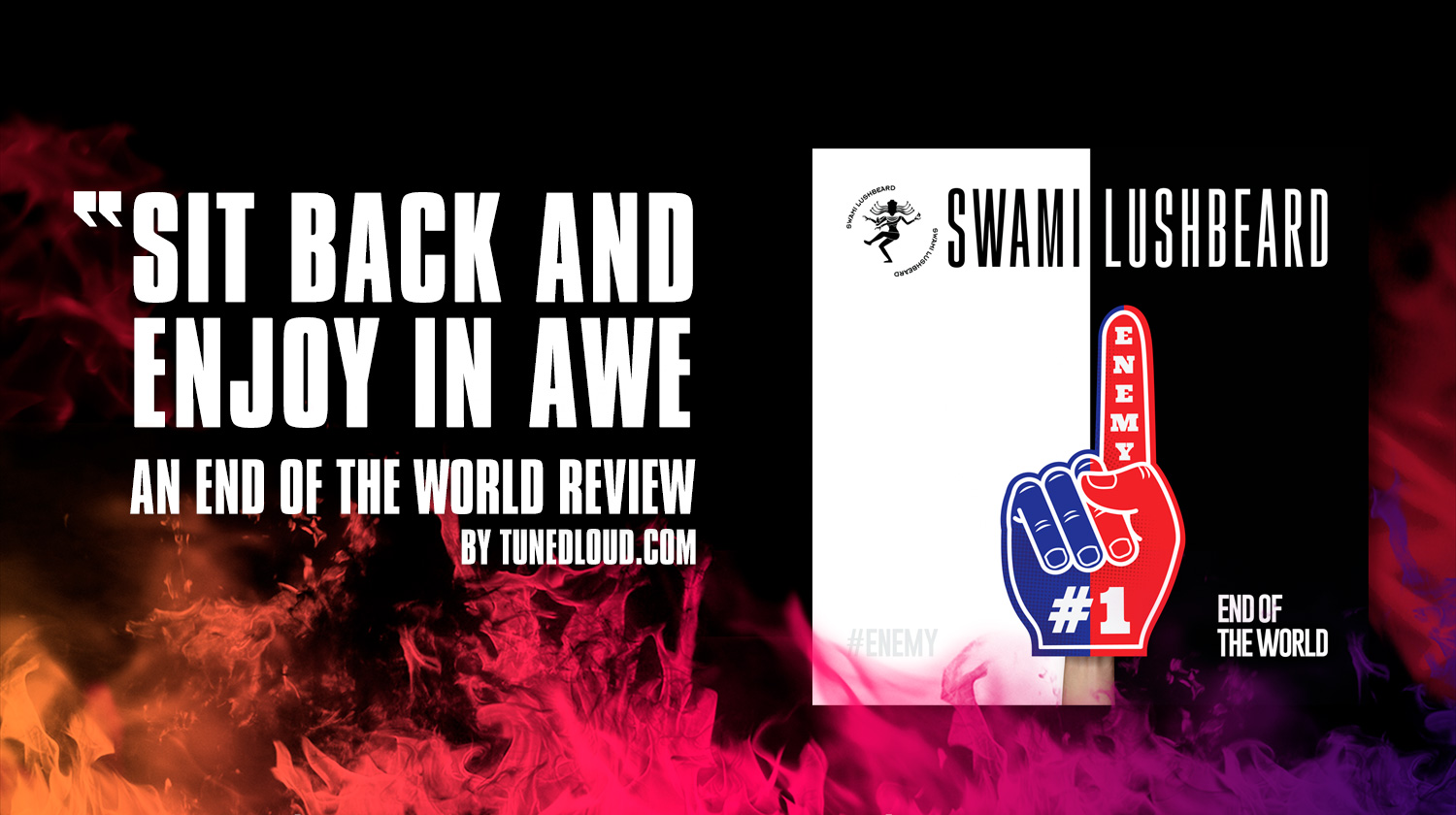 The full gamut of what Swami Lushbeard is capable of is articulated in their latest single “End of the World”. Beautiful auras, expressive atmospheres, aggressive riffs, and complex drum fills that form the brick and mortar for the rich vocals, engaging melodies and lush harmonies showing off the track on the surface level.

“End of the World” is explained as the “coming full-circle” for the band. When their original keyboardist and lifelong friend Danny Kopel tragically passed on at the start of their career, there were days when Swami Lushbeard thought they might be finished before they even began. However they pushed forward keeping the spirit of his memory alive, knowing that from then on, their path towards the future would be different, but still possible and achievable.

In fact, it was Danny Kopel himself who supplied the first line of the chorus hook, with his wisdom from long ago, now echoed in the new Swami Lushbeard track, which also happens to be the final single released from their upcoming EP.

“End of the World” sets out to confirm the Swami Lushbeard conviction that there will be a future despite any gloom and hardships, as well as acting as a reminder that it is ultimately up to us, to determine what that future may be.

End of the World is done in an all-embracing and fresh way that people can relive again and again. It can be tranquil, it can be fierce, it can be everything. The band has never sounded so engagingly good.

Needless to say, Swami Lushbeard’s exemplary songwriting skills also greatly impact the whole band, driving them on to very high levels of polished professionalism. In a genre exposed to unprecedented levels of close scrutiny, the band are not found wanting in this song.

Swami Lushbeard’s performance on “End of the World” is epic-sounding. When a musical piece is this magnificent and chilling, there can really be no complaints from listeners who can only sit back and enjoy in awe.

Don Sprouls is in fine form vocally and on guitar, with Darren Scholtz locking in magnificently on bass, alongside his drumming partner Ian Michaels, as they push the avalanche of the more dynamic sections. Indeed, the whole band are in excellent form, including M@ Sachs guiding the wall of keyboards, and Greg Safel adding the harmonies.

One of my favorite aspects of this record is how the band is able to place a flourish at just the right place for maximum effect. They are able to go from a soulful lull to a full-muscle progression on the fly.   If you’ve been waiting for a time to check out Swami Lushbeard, wait no more: “End of the World” is the perfect entry point. The band’s future looks promising, and we can only hope that their trajectory will grow and expand even further.