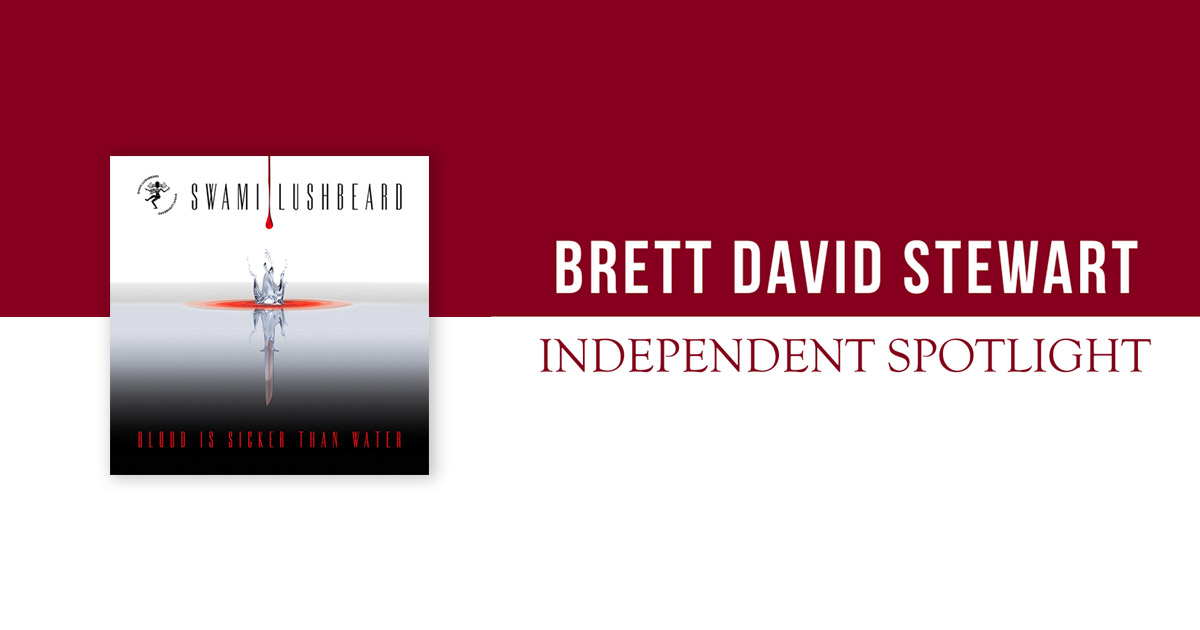 Blood Is Sicker Than Water Review

Independent Spotlight is a continuing series on Stewart’s blog. The series revolves around independent artists and bands sending their music to Brett to review. No band is promised a positive review, and all music is reviewed honestly in an effort to better independent music.

In this evening’s edition of the Independent Spotlight, we shine our gaze on Swami Lushbeard, an independent rock outfit from Los Angeles that cites influences the likes of Stone Temple Pilots, Radiohead, and Queens of the Stone Age. Their latest studio endeavor, an EP entitled ‘Blood Is Sicker Than Water,’ is available now. Let’s delve into the three tracks and determine if it’s worth including in your indie music collection this winter…

‘Blood Is Sicker Than Water’ opens up with ‘Haunted,’ and as the name suggests, there is an inherently melancholy, eerie sonic quality to the tune. The production quality is immediately noticeable, and ‘Blood Is Sicker Than Water’ is a very well produced effort. The band balances a nice mix of alternative, hard, and classic rock vibes – similar to one of their influences, Queens of the Stone Age. ‘Haunted’ is strongest in its musical chemistry; I’d argue the harmonies are particularly exceptional, and the band is perfectly in step with one another.

‘Twist & Shout,’ the EP’s second song, is not a Isley Brothers / Beatles cover, as I initially anticipated, but rather, another reverb-laden jaunt through surreal lyricism and moody, wistful instrumentation. ‘Twist & Shout’ shines in its composition, and the performances on behalf of Swami Lushbeard make for a compelling listen. The dichotomy of the intense electric guitar and percussion and the acoustic grand piano is surprisingly beautiful.

‘F.E.A.R.,’ the EP’s finale, is certainly the most upbeat of the three tracks. In fact, sequencing it at the end is an interesting decision, because it likely would have been a better introduction. Reminiscent of the music of a QotSA-adjacent act, Mini Mansions, ‘F.E.A.R.’ offers one of the more diverse, layered soundscapes on the record. The synthesizer is fantastic, and compliments the rawness of the rest of the performance wonderfully.

There’s a lot to dig about ‘Blood Is Sicker Than Water.’ It’s a very well crafted independent rock EP that does what many can’t: it gets to the point. It’s well written, well performed, and doesn’t get bogged down in any ostentatious production or filler content. All three tracks are strong, and because of that, ‘Blood Is Sicker Than Water’ is most certainly worth giving a listen.