The “End of the World” is coming 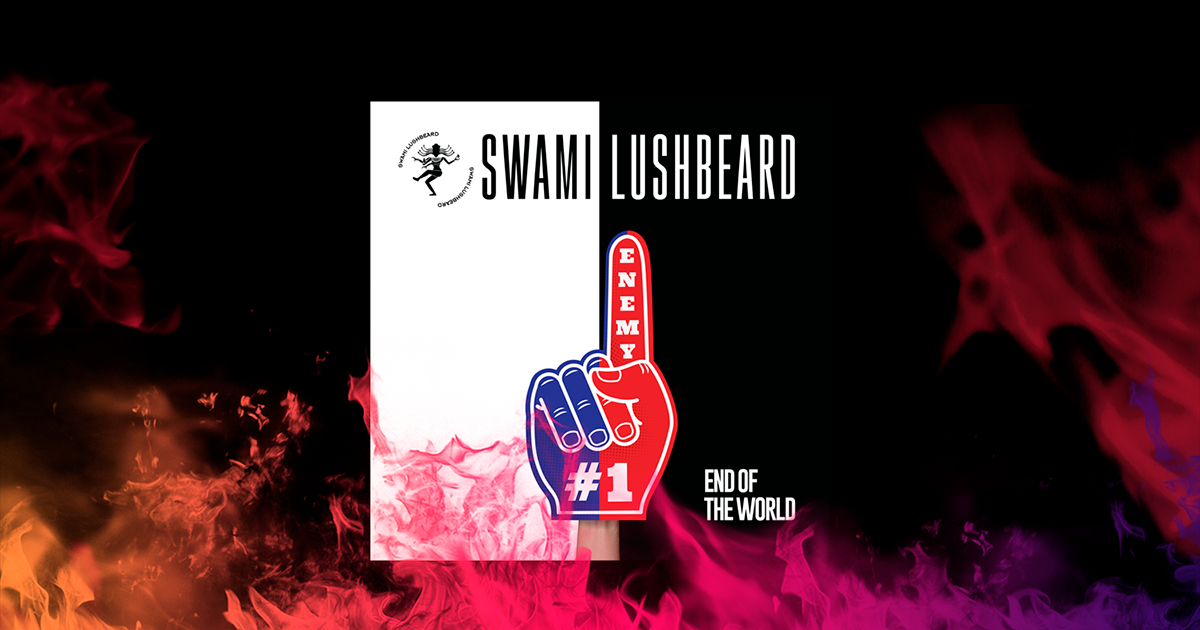 Swami Lushbeard’s Past Guides Their Present – “End Of The World” Brings The Band 100% Full-Circle.

As Swami Lushbeard reflected on the history of their journey from the time they started, to the dynamic Rock band they’ve evolved into throughout the years to follow, it was a solemn occasion that celebrated their many accomplishments & musical milestones, while recognizing just how much had truly changed.

When their original keyboardist and lifelong friend Danny Kopel tragically passed on at the start of their career, there were days when Swami Lushbeard thought they might be finished before they even began. They didn’t just lose a band-mate, they lost part of their family – but while the devastating loss of Danny would change the direction of Swami Lushbeard forevermore, his spirit remained & continued to guide them forward…as if the presence of his memory was a reminder that it wasn’t the “End Of The World” – it was just the end of the road they’d shared together…for now. Life would keep going, the world would keep on turning, and there was much more music to be made, even if the future isn’t what it used to be.

Over the course of a new, epic seven-minute adventure, “End Of The World” brilliantly merges their past with the present as Swami Lushbeard comes full-circle to finish 2021 with the final single to be released from their official upcoming EP. Drawing on the themes of division & the skewed perceptions that have fueled the LA-based band’s most stunning singles to-date over the course of the last two years – it was Danny himself that supplied the first line of the chorus hook, with his wisdom from long ago now echoed in the new Swami Lushbeard single, and more relevant than ever: “It’s easy if you see what you believe.” “End Of The World” is a testament to how much they’ve grown…and a tribute to all that has made them.

Swami Lushbeard will astound listeners with the pure craft in their songwriting & inspired musicianship. With the future of the entire planet more uncertain than ever before, “End Of The World” is comforting confirmation that there WILL be a future, every bit as much as it’s an insightful reminder that it’s up to us to determine WHAT it will look like. Will we be fully consumed by fake news, alternative facts, and the distortion of reality – is this the “End Of The World” after all? Or is this perhaps the very start of the most resilient chapter of our shared humanity? You’ll have to tune in to find out – and you’re invited to do so this winter on December 10th while there’s still time – the “End Of The World” is coming this year!